From 1898 to 1962, Sunday school opening exercises and classes were held here. The balcony area has more class spaces.  Notice that all the windows, even above the balcony, are art (stained) glass.   During the 1962 remodel, the floor plan was slightly altered to include a kitchenette and a restroom.  We now use this lovely space for gatherings of all types, coffee time after worship, receptions, meetings, and lots of great conversation and fellowship.

The lovely wall of art glass and wood separates the South Room from the sanctuary (auditorium).  In the original construction, this wall was movable to allow both spaces to be combined for seating capacity of nearly 2,000.  The upper glass section would raise into the attic, while the lower wood section lowered into the basement.  Although the pulleys that operated the wall no longer function, this wall remains a tribute to forethought and creativity of the building designers and engineers.

From the perspective of the above photo, the on the left is dedicated to Robert H. and Sarah P. Avery.  During the Civil War, Robert was in the 77th Regiment of Illinois Volunteers and was in Andersonville prison for several months. To keep his mind active while imprisoned, he designed a corn planter and upon his return to Galesburg, manufactured it.  He died in 1892; Sarah died in 1896.

The window on the right is dedicated to John T. and Flora E. Avery.  John and Robert Avery were brothers, two of the sons of  George and Seraphina Avery.  John was a farmer, and Christian leader in Rio and Galesburg.  John and Flora are buried in Hope Cemetery.

There are seven windows on the south wall.  Six can be seen from the main room; with the remodel, one is in the restroom. In addition to a photo of the entire window, some details are also shown. 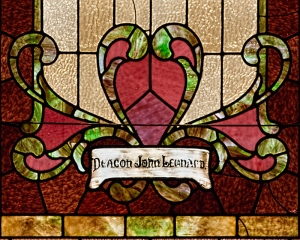 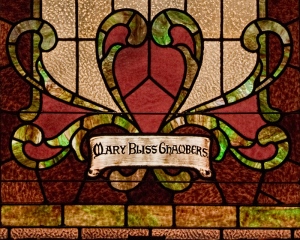 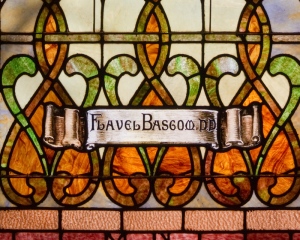 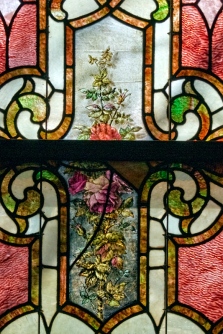 .Marie Louise Cooley – daughter of Edwin A. Cooley, “earnest in church work,” died while a student at Knox. 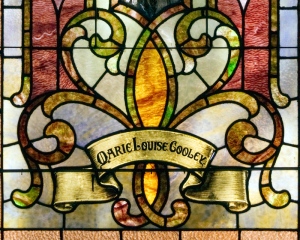 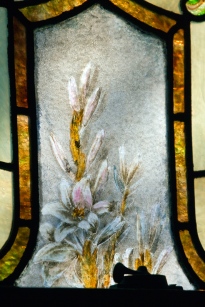 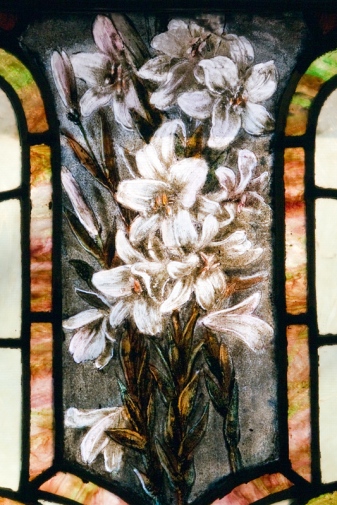 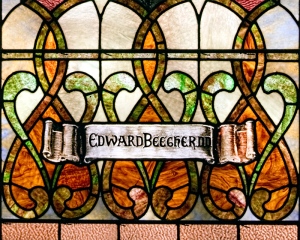 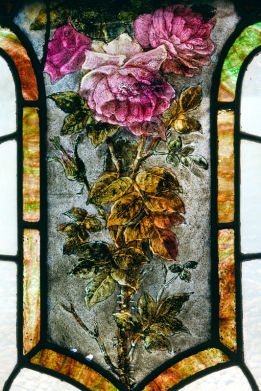 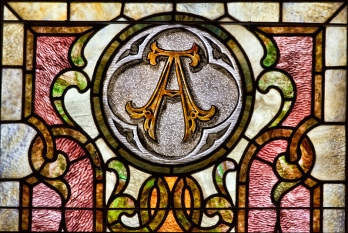 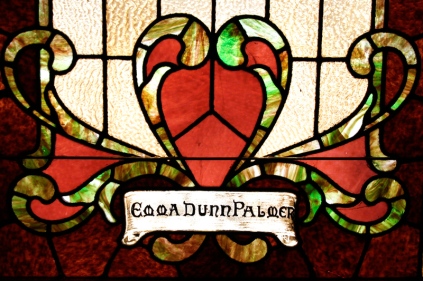